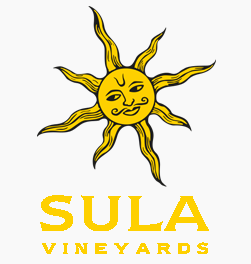 Sula is wine from Western India, North-East from Mumbai. Surprisingly good quality for such a young winemaker, the estate has lovely Chenin Blanc, Cabenet Sauvignon, Malbec and other well known varieties.  Sula’s grapes come from their vineyards as well as from other contract farmers across the region.

I was surprised to find such a good wine in a country were Hinduism is the predominant religion as most Hindi don’t drink alcohol. It is interesting to understand a little more about that.

There is no Hindu religious ban on the use of alcohol as there is in Islam, for example. Yet Hinduism recognizes that alcohol is a powerful substance that has dangers that should not be taken lightly.

Hinduism is a spiritual tradition that is based upon an understanding of dharma, the natural laws behind the universe. So the question for Hindus is how does the use of alcohol fit in with its sense of dharma and how does it effect us karmically?
Many monastic orders from India, both Hindu and non-Hindu, take various vows like celibacy. Refraining from alcohol is one of such vows that most of these monks swear to. Some Hindu Tantric groups, on the other hand, use alcohol in a sacred way, either as an offering to the deity or as taken individually during certain special rituals. Hindu merchants and aristocrats have used and use alcohol today, just as they have not practiced celibacy.
Ayurveda, the medical branch of Hindu dharma, contains clearly defined views on the use alcohol. Ayurveda uses alcohol as a solvent for extracting the active ingredients of certain herbs. Tinctures are used in western herbalism in the same way. Ayurveda also prepares special herbal wines called asavas and arishtas. Herbal wines are regarded as particularly good medicines to take for a weak digestion and as relaxants for stress. Ayurveda recognizes that certain alcoholic beverages (like wine) can have health benefits, like improving digestion or circulation, but only taken in moderation. Ayurveda also recognizes that excessive alcohol consumption can cause or contribute to physical or psychological diseases.